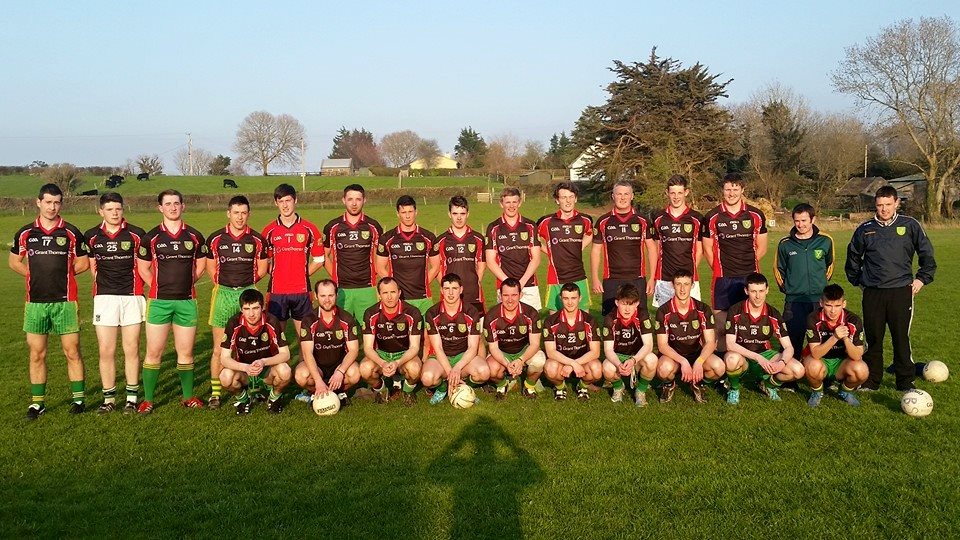 Our junior team had a comprehensive victory over Knockaderry in their opening game of the season. Playing a nice brand of open, flowing football, we kicked 1-18 to the visitors 1-4. Brendan Hayes led the scoring with an impressive 1-6, followed by Mike Neville with 0-4. Mark Murphy kicked 0-2,  and there was a score each for Maurice Somers, Paul Maher, Declan Guerin, Barry McMahon, Steven Carrig and debutante Jamie O’Sullivan.

We had a fine turn out of both players and supporters at both games and can look forward to the season ahead with confidence.