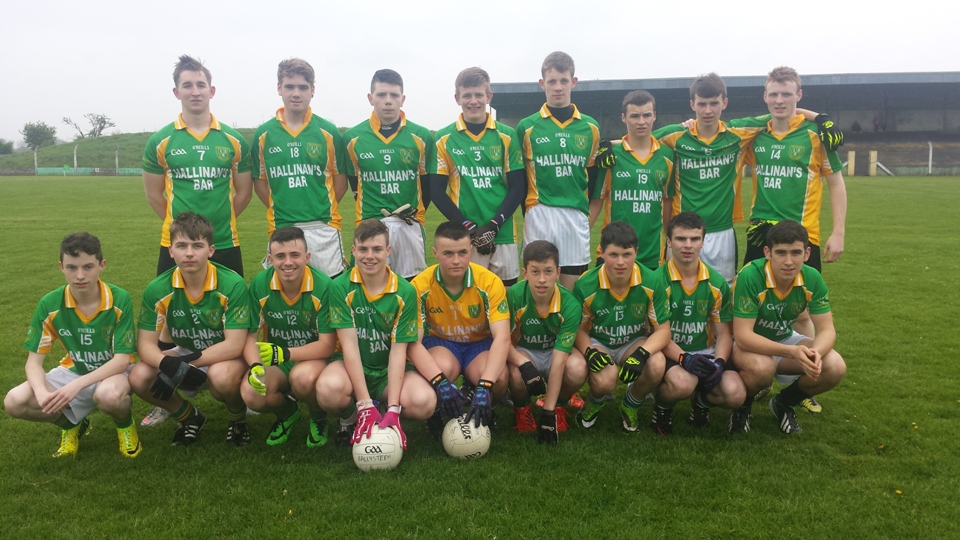 A late  Jack Neville free clinched victory for our minor footballers this evening in a nail biting encounter with Galtee Gaels.

A bright start by the visitors saw us trail to an early goal but once Conor Barry responded with a goal of his own we settled into the game and dominated the opening exchanges. Despite having the advantage of a stiff breeze we failed to make that dominance show on the scoreboard. Conor Barry added a second goal in between points from Brian Neville, John O’Shaughnessy & Corey Flynn, but Galtee Gaels weren’t lying down. They stayed in touch with a fortunate goal and added another before half time, to see the score tied at break 2-6 to 3-3.

Scores were at a premium in the second half, but when Jack Neville tucked home a penalty with 10 minutes remaining it looked like victory had been sealed. However this spurred Galtee Gaels into life and they dominated the closing stages,  squandering a number of opportunities before eventually leveling the game with seconds remaining on the clock. Not to be outdone our lads showed great fight to win the resulting kick out and moved the ball quickly up the field before Darragh Ranahan was fouled 25 meters from goal. Jack Neville coolly slotted over the free to claim a deserved victory.

This now leaves our lads with two wins from two games in the 13 a-side competition. Next week sees them combine with St Senans to contest the first round of the premier football competition, a great opportunity for our lads to prove themselves at the highest level and we urge all supporters to come out and support them.