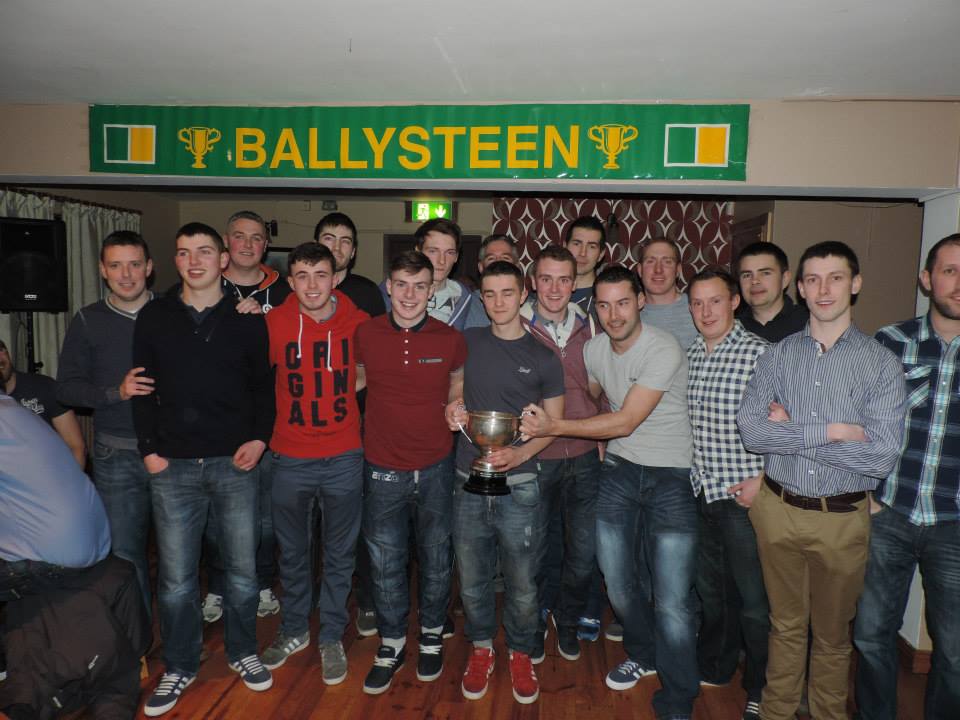 Thanks to everyone who attended and supported the medals presentation and awards night at the Top of the Town recently. It was very much appreciated. The 2013 West Senior football champions and 2014 West Junior B football Champions were presented with their medals. Anthony Ryan won Senior player of the year while Jack Neville received the Junior B player of the year award. Many thanks to Eamonn Murphy who did a great job as MC on the night.

Well Done to Danny Neville and Pakie Moran who were part of the Limerick squad that defeated Sligo recently.

The County Senior Scór Final will be held in Askeaton Community Centre on Friday Feb. 27th at 8p.m. There will be no divisional finals.

All applicants must be club members, male or female either playing our games or involved in Scór. The 350 euro scholarships are for secondary school pupils only. They apply only to residential colleges under Comharchumann Chorca Dhuibhne(West Kerry); Coláiste Béal Atha an Ghaorthaigh(West Cork) or Coláiste na Roinne (Port Láirge) Anyone who is interested can contact Paul Anglim(Irish Cultural Officer) on 0872838990

The Senior Scór Table Quiz Final will be held in Castlemahon Community Centre on Wednesday March 18th at 8p.m. Clubs may enter more than one team; the entry fee for each team of four is €20. The winning team will represent Limerick in the All Ireland Scór finals on April 25th in CityWest Dublin.
Anybody who is interested can contact Paul Anglim(Irish Cultural officer) on 0872838990