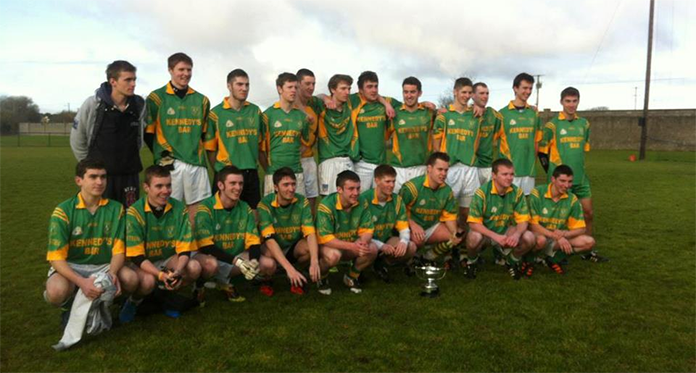 ONLY a last gasp stand robbed Cappamore of one of the most spectacular comebacks ever in Limerick football history as Ballysteen hung on to win the county U-21B title on a 2-9 to 2-7 scoreline in Sunday morning’s final in Clarina.

But how they got themselves in such a position is an even more remarkable story in itself.

Ten points up with seven minutes of normal time to play, the West champions were coasting to victory in conditions that didn’t make scores easy to come by and decided to give their subs a run.

All five came on together but, just as they were finding their positions, Cappamore struck back and halved the deficit inside two minutes.

Had another score or two score been added within normal time, the collapse could have been total but Ballysteen held the line until injury time when they were hit by another goal and a deepening sense of dread about what might happen.

But it should never have come to that. For most of the hour, James O’Meara’s dominance of the high ball and its distribution to his forwards, Pakie Moran’s cleaning up of anything that spilled around the middle and Danny Neville’s availability as a target and as a finisher gave Ballysteen control of the sectors that mattered and allowed them to dictate the course of the game.

They might have started with a wobble but, once they found the right pace for the wet surface, Cappamore were left scrambling for scraps.

However, they never quite managed to get the most out of their dominance. Nor were they let. Maybe the Deelsiders should have taken note of Cappamore’s performance in the previous Sunday’s Munster junior club final where they never lost their shape despite incessant pressure and squeezed every last ounce out of their strengths.